Homeopathy - Returning You To Health, Naturally

Taking nature, harnessing it and benefiting from its healing powers

Homeopathy is a holistic treatment that has been used by millions of people since its development over 200 years ago by a doctor, Samuel Hahnemann. It approaches the person on a mental, emotional and physical level and homeopaths can help people of all age groups for all types of problems.

Homeopathy is based on the principle of ‘like cures like’ – that means a substance which can cause symptoms when taken in large doses, can be used in small amounts to treat similar symptoms. For example, consuming a substance such as coffee can make you wakeful or agitated, so according to this principle when made into a homeopathic medicine (or remedy), it could be used to treat people with difficulty sleeping or who can be agitated.

Examples of this principle exist in conventional medicine, such as where small doses of certain allergens, such as pollen, are sometimes used to de-sensitise allergic patients. An important distinction is that in Homeopathy the medicinal doses (known as remedies) are so small that toxic side-effects are avoided.

Homeopaths will describe it as using minute doses of substances (known as remedies) which, if taken by a healthy person, may cause symptoms – by using these remedies on patients already experiencing similar symptoms they hope to bring about change – this is the principle of ‘like cures like’.

A homeopath will take a detailed and thorough case history that is designed to give them a full understanding of your health and the exact symptoms you are experiencing. This will include questions on personality traits, likes and dislikes, stress triggers and your lifestyle. This will help our homeopath decide on the specific homeopathic medicine (remedy) that matches you and your symptoms as closely as possible.

It is unlikely that the homeopath will dispense any remedy immediately, such is the research into you and your symptoms that is required. Usually this is either available for collection or can be sent out via the post to you within a few days of your treatment and you will be asked to re-attend for a follow up some weeks or a month later.

At that follow up the homeopath will discuss any progress since taking the remedy and will give you information about the remedy and why it was chosen for you.  They will discuss whether a repeat dosage is required and explain how that will work and what that means regards any onward treatment. 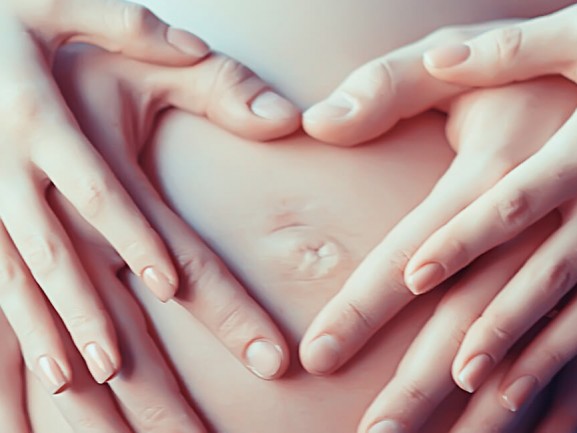 Learn More About Homeopathy in Pregnancy and Childbirth

Learn More About Homeopathy for your Family

Catherine Helps RSHom M. LSCH trained at The London School of Classical Homeopathy and she is fully registered with the Society of Homeopaths and works closely with local GP practices and other practitioners both within and outside of the clinic

With over 20 years of experience including delivering lectures in Homeopathy to various professions, Catherine is competent in treating patients whatever their age or problem. Her patients say she has an unfaltering dedication to her clients

If you would like more information or have a question you would like Catherine to help you with, please contact us and we can arrange for Catherine to contact you – (please be aware this may not be on the same day as it is dependent on her other commitments)

Whilst it is not possible to list the types of things Homeopathy can help with, as the possibilities are vast, in general the therapy is suitable for most people, whatever their gender, age or medical history. Many have been helped with problems they have coped with for many years but as your health is paramount, we encourage you to talk with Catherine if you wish.

Special Offer
£10.00 off a consultation
Find out more

My son had suffered with glue ear for some time and there was a long wait for him to have grommets. I thought I would give an alternative a try. Catherine suggested a combination of osteopathy and homeopathy at the Clinic for the best results and she was not wrong. They both had an excellent knowledge of what was going on and how their therapies complement each other. At our next paediatric visit, they said he’d not need the surgery after all!

I’ve really struggled since my mother passed away, not wanting to go to work or leave the house. I saw Catherine who really helped. She is such a good listener, in fact, she was the first person I’d really spoken to about how I was really feeling. I took the remedy she carefully worked out for me and have gradually got back to my old self. I am now able to accept that Mum has gone and think of our happy times rather than just cry. Thank you!

My teenager has had lots of problems at school with stress/ anxiety and pressure of grades etc. We saw Catherine who listened and really got to the root of the problem. She gave us some homeopathic remedies to take which have helped him so much.

My daughter has had eczema since she was very young. I decided to try homeopathy as I did not like the side effects of conventional medicine. Catherine was fantastic. She gave me general advice and worked out a remedy for my daughter. She explained how the treatment worked and what I should expect which included a minor worsening at first but it then steadily improved and has now cleared

We have appointments available with our Osteopaths

Warwick and Jay bring a wealth of experience from treating people with a wide range of general musculoskeletal problems using both general and sports specific techniques.

Whether you are somebody who is keen on sport or someone who hates the idea of putting on trainers, our massage therapists are waiting to help.

Our Homeopath has been involved with homeopathy for almost 25 years and has lectured to other health practitioners around England.

Millions worldwide use homeopathy regularly as it can benefit people from all age groups. As we are all different, treatments are carefully tailored to meet every individual’s needs so why not take advantage of this limited offer and visit our homeopath today.

Zone Face Lift is the widely acclaimed and natural alternative to improving the signs of ageing that celebrities and beauty editors are raving about. With extensive coverage in both popular daily newspapers as well as fashion magazines this indulgent facial treatment is proving popular with our clients.

Zone Face Lift brings the healing art of reflexology and fuses it with luxurious indulgence. Whether you are looking for the perfect gift for a loved one or some personal ‘you time’ this offer can be used on standalone treatments or for one of our ZFL packages.

Reflexology is an ancient therapy that had proven results in improving sleep quality, enhancing wellbeing and reducing stress and anxiety.

Our team of osteopaths have extensive experience in helping patients with a wide range of back, neck and limb problems including sciatica, trapped nerves, aching joints, headaches and general back problems

Whether you are looking for osteopathy for yourself or a family member or you need an experienced cranial osteopath for your child or infant, we are here to help